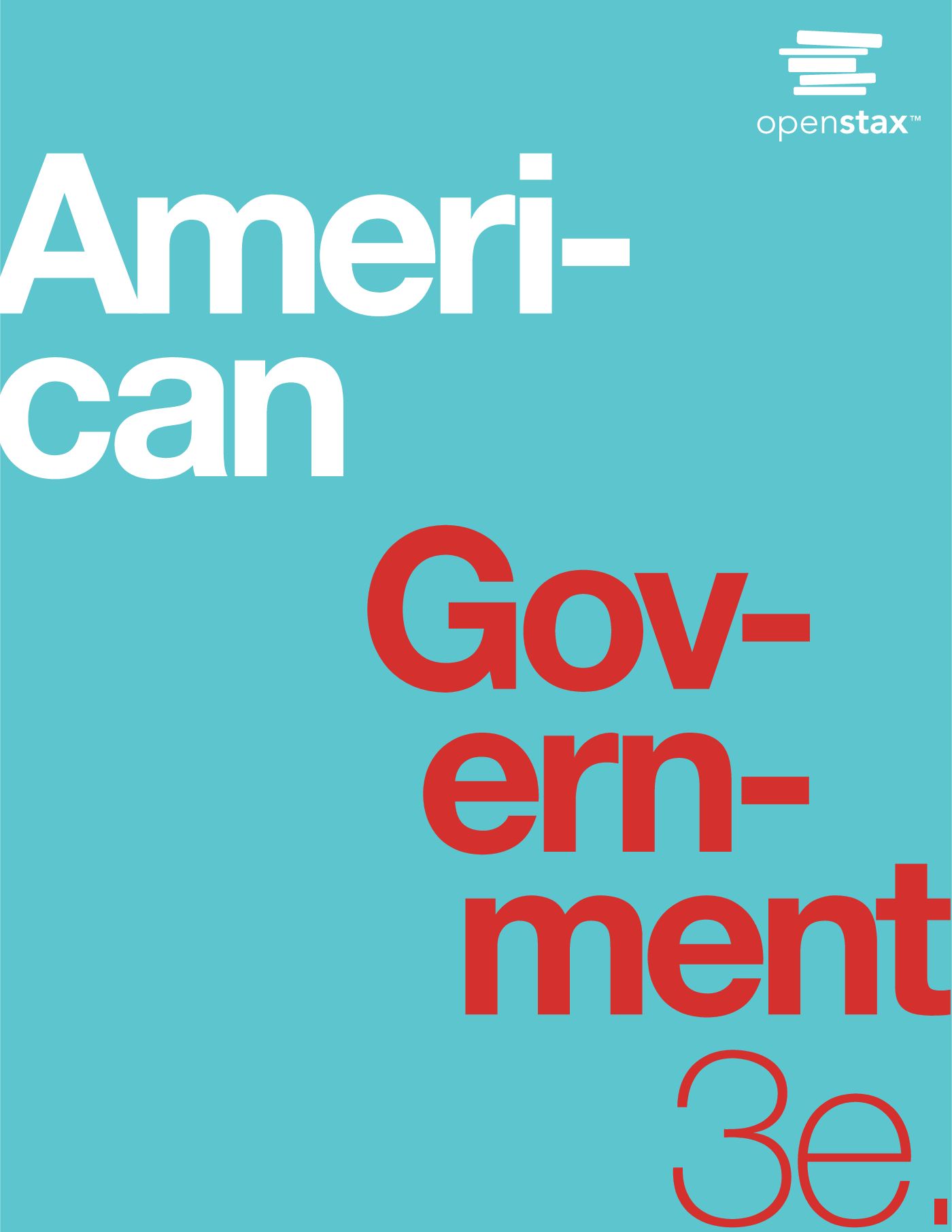 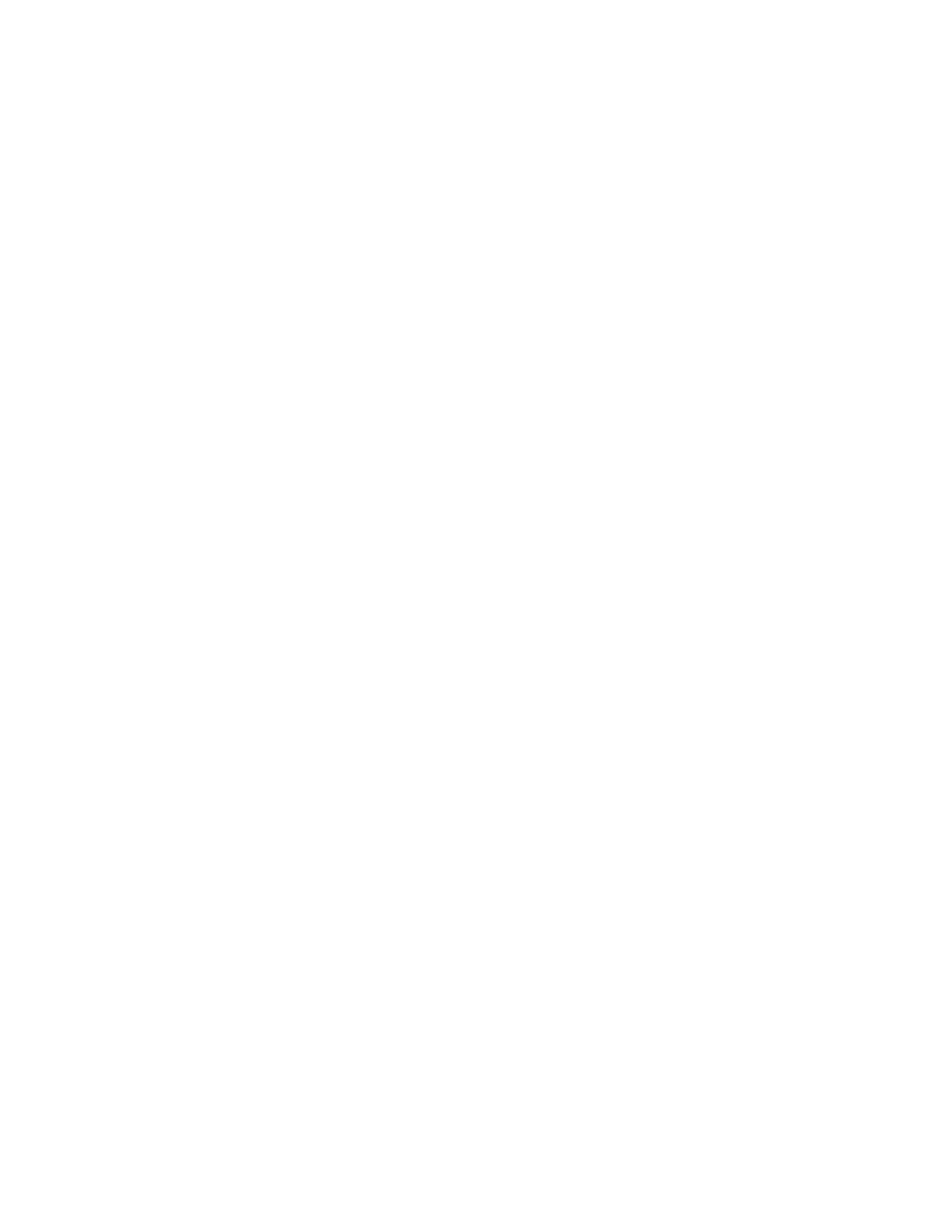 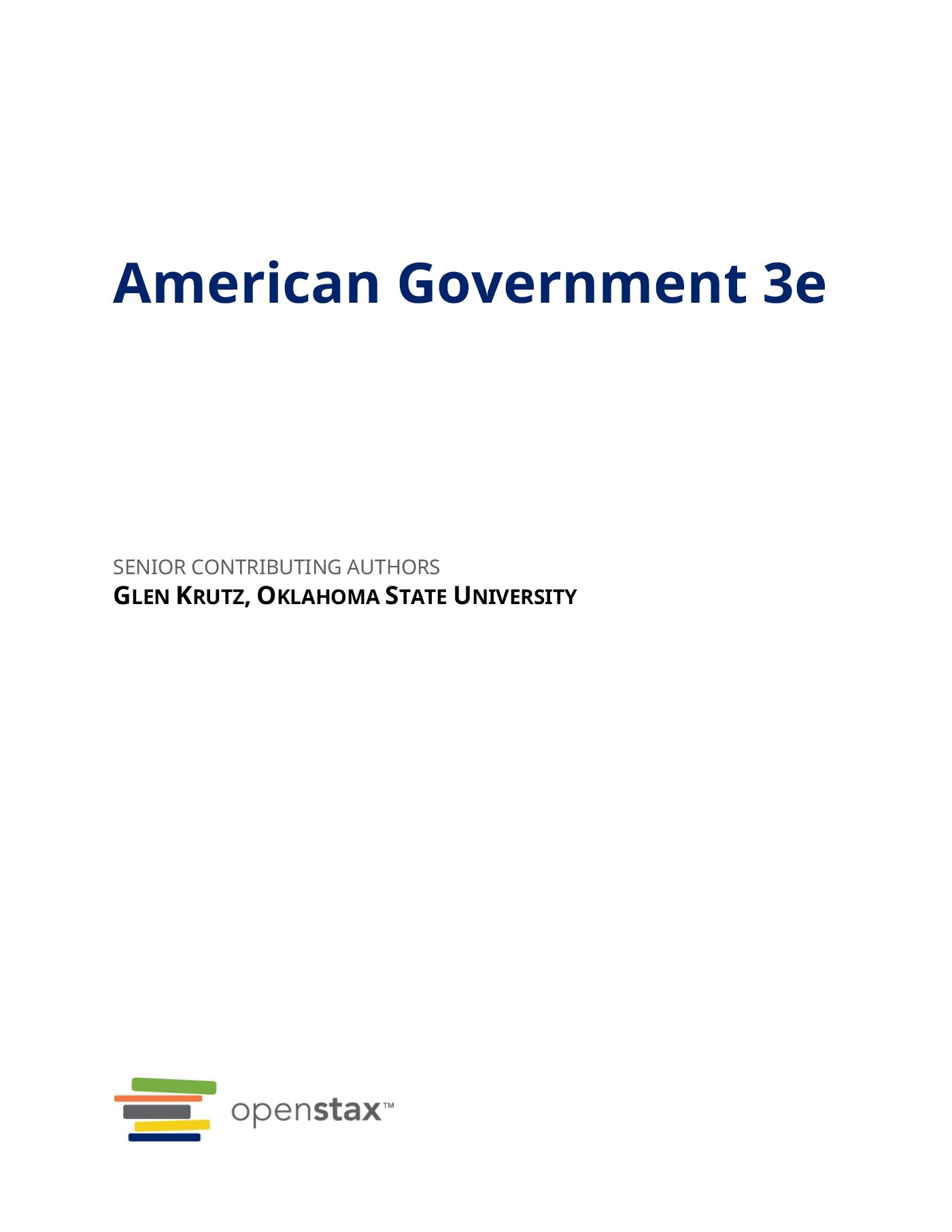 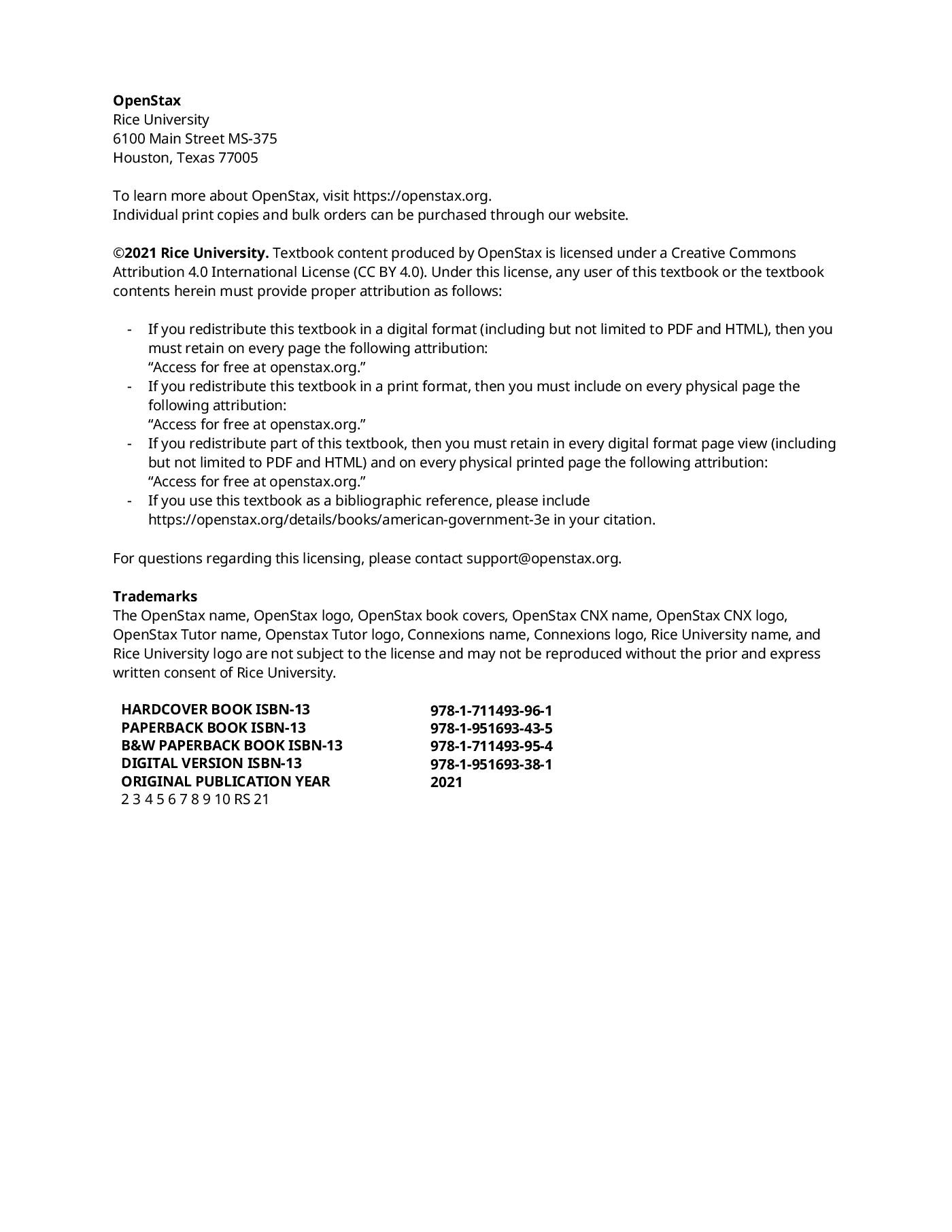 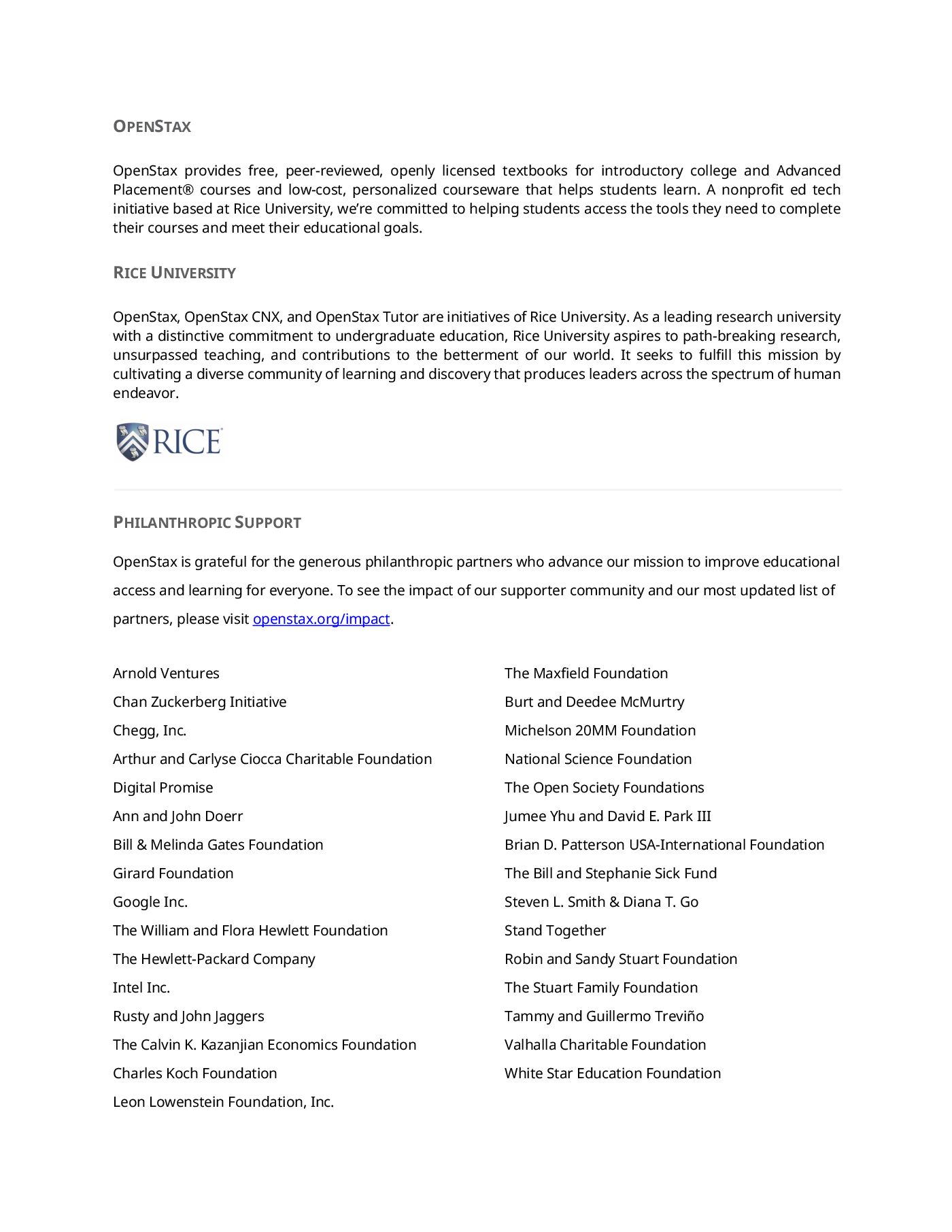 Previous Next
American Government 3e
American Government 3e aligns with the topics and objectives of many government courses. Faculty involved in the project have endeavored to make government workings, issues, debates, and impacts meaningful and memorable to students while maintaining the conceptual coverage and rigor inherent in the subject. With this objective in mind, the content of this textbook has been developed and arranged to provide a logical progression from the fundamental principles of institutional design at the founding, to avenues of political participation, to thorough coverage of the political structures that constitute American government. The book builds upon what students have already learned and emphasizes connections between topics as well as between theory and applications. The goal of each section is to enable students not just to recognize concepts, but to work with them in ways that will be useful in later courses, future careers, and as engaged citizens. In order to help students understand the ways that government, society, and individuals interconnect, the revision includes more examples and details regarding the lived experiences of diverse groups and communities within the United States. The authors and reviewers sought to strike a balance between confronting the negative and harmful elements of American government, history, and current events, while demonstrating progress in overcoming them. In doing so, the approach seeks to provide instructors with ample opportunities to open discussions, extend and update concepts, and drive deeper engagement. Changes made in American Government 3e are described in the preface to help instructors transition to the third edition. The second edition of American Government by OpenStax is available in web view here.
วิธีการอ่านหนังสืออีบุ๊ก 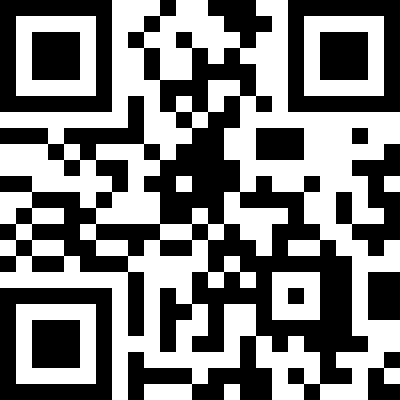